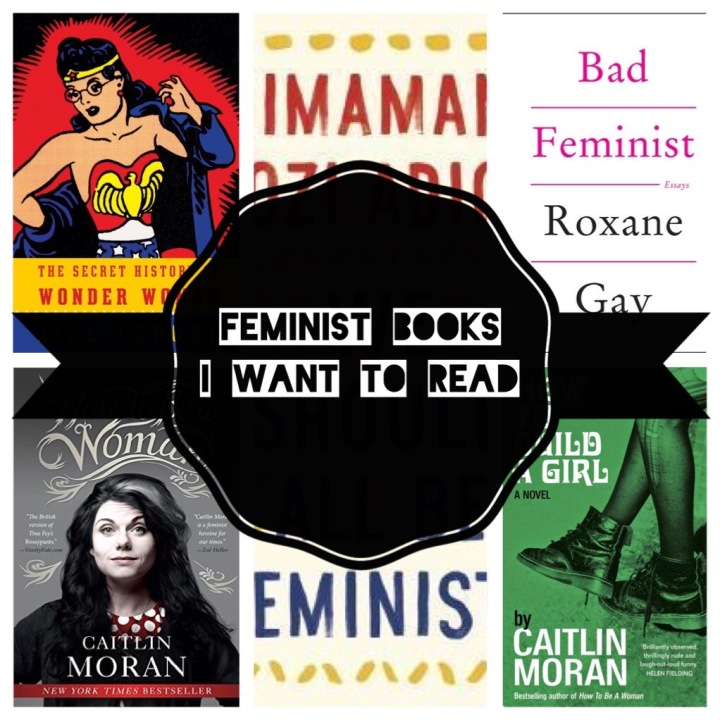 I love diversity and I love to celebrate feminism in whatever form that takes. I had honestly never heard of feminist literature before I started blogging and now I really want to to get more into it and so here is my list of feminist books I want to read!

We Should All Be Feminist by Chimamanda Ngozi Adichie 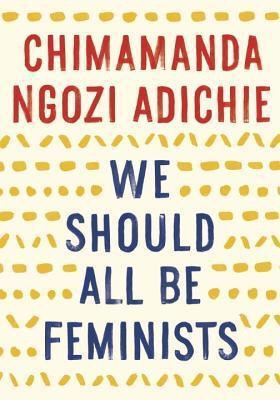 What does “feminism” mean today? That is the question at the heart of We Should All Be Feminists, a personal, eloquently-argued essay—adapted from her much-viewed Tedx talk of the same name—by Chimamanda Ngozi Adichie, the award-winning author of Americanah and Half of a Yellow Sun. With humor and levity, here Adichie offers readers a unique definition of feminism for the twenty-first century—one rooted in inclusion and awareness. She shines a light not only on blatant discrimination, but also the more insidious, institutional behaviors that marginalize women around the world, in order to help readers of all walks of life better understand the often masked realities of sexual politics. Throughout, she draws extensively on her own experiences—in the U.S., in her native Nigeria, and abroad—offering an artfully nuanced explanation of why the gender divide is harmful for women and men, alike. Argued in the same observant, witty and clever prose that has made Adichie a bestselling novelist, here is one remarkable author’s exploration of what it means to be a woman today—and an of-the-moment rallying cry for why we should all be feminists.

We should all be feminists is a book that I have seen all over the place amount the blogging community and it is one of the books that I most look forward to reading.
How to Build a Girl by Caitlin Moran

What do you do in your teenage years when you realise what your parents taught you wasn’t enough? You must go out and find books and poetry and pop songs and bad heroes – and build yourself. It’s 1990. Johanna Morrigan, 14, has shamed herself so badly on local TV that she decides that there’s no point in being Johanna anymore and reinvents herself as Dolly Wilde – fast-talking, hard-drinking Gothic hero and full-time Lady Sex Adventurer! She will save her poverty stricken Bohemian family by becoming a writer – like Jo in Little Women, or the Brontes – but without the dying young bit. By 16, she’s smoking cigarettes, getting drunk and working for a music paper. She’s writing pornographic letters to rock-stars, having all the kinds of sex with all the kinds of men, and eviscerating bands in reviews of 600 words or less. But what happens when Johanna realises she’s built Dolly with a fatal flaw? Is a box full of records, a wall full of posters and a head full of paperbacks, enough to build a girl after all? Imagine The Bell Jar written by Rizzo from Grease, with a soundtrack by Hole, Happy Mondays and My Bloody Valentine. As beautiful as it is funny, How To Build a Girl is a coming-of-age novel that makes you realise how odd it is that all the previous ones have been about boys.

This one seems so different to me in a way. All my life I’ve been told that I have to act a certain way and be a certain way and this novel seems to be about someone who breaks all those rules.
How to be a Woman by Caitlin Moran

The New York Times bestseller, now available in paperback–“Half memoir, half polemic, and entirely necessary,” (Elle UK) Caitlin Moran’s debut–an instant runaway bestseller in the UK–puts a new face on feminism, cutting to the heart of issues with an irreverent, transcendent, and hilarious touch. “Caitlin Moran is the profane, witty and wonky best friend I wish I had. She’s the feminist rock star we need right now.”–Ayelet Waldman, author of Bad Mother “Caitlin Moran is so fabulous, so funny, so freshly feminist. I don’t want to be like her–I want to be her.” –Peggy Orenstein, author of Cinderella Ate My Daughter Caitlin Moran puts a new face on feminism, cutting to the heart of women’s issues today with her irreverent, transcendent, and hilarious How to Be a Woman. “Half memoir, half polemic, and entirely necessary,” (Elle UK), Moran’s debut was an instant runaway bestseller in England as well as an Amazon UK Top Ten book of the year; still riding high on bestseller lists months after publication, it is a bona fide cultural phenomenon. Now poised to take American womanhood by storm, here is a book that Vanity Fair calls “the U.K. version of Tina Fey’s Bossypants….You will laugh out loud, wince, and–in my case–feel proud to be the same gender as the author.”

How to be a Woman has the same author as How to Build a Girl and I think this one goes more in depth into feminist issues. I feel I would have to read one and then the other as a duo to get a full feel for her voice and to truly understand how she views feminism.
The Secret History of Wonder Woman by Jill Lenore

A riveting work of historical detection revealing that the origin of one of the world’s most iconic superheroes hides within it a fascinating family story—and a crucial history of twentieth-century feminism
Wonder Woman, created in 1941, is the most popular female superhero of all time. Aside from Superman and Batman, no superhero has lasted as long or commanded so vast and wildly passionate a following. Like every other superhero, Wonder Woman has a secret identity. Unlike every other superhero, she has also has a secret history.
Harvard historian and New Yorker staff writer Jill Lepore has uncovered an astonishing trove of documents, including the never-before-seen private papers of William Moulton Marston, Wonder Woman’s creator. Beginning in his undergraduate years at Harvard, Marston was influenced by early suffragists and feminists, starting with Emmeline Pankhurst, who was banned from speaking on campus in 1911, when Marston was a freshman. In the 1920s, Marston and his wife, Sadie Elizabeth Holloway, brought into their home Olive Byrne, the niece of Margaret Sanger, one of the most influential feminists of the twentieth century. The Marston family story is a tale of drama, intrigue, and irony. In the 1930s, Marston and Byrne wrote a regular column for Family Circle celebrating conventional family life, even as they themselves pursued lives of extraordinary nonconformity. Marston, internationally known as an expert on truth—he invented the lie detector test—lived a life of secrets, only to spill them on the pages of Wonder Woman.
The Secret History of Wonder Woman is a tour de force of intellectual and cultural history. Wonder Woman, Lepore argues, is the missing link in the history of the struggle for women’s rights—a chain of events that begins with the women’s suffrage campaigns of the early 1900s and ends with the troubled place of feminism a century later.

This book just speaks to me at the core of my heart. I love Wonder Woman and I would love to learn more about her origin. This book is right down my alley.
Bad Feminist by Roxane Gay

A collection of essays spanning politics, criticism, and feminism from one of the most-watched young cultural observers of her generation, Roxane Gay.
“Pink is my favorite color. I used to say my favorite color was black to be cool, but it is pink—all shades of pink. If I have an accessory, it is probably pink. I read Vogue, and I’m not doing it ironically, though it might seem that way. I once live-tweeted the September issue.”
In these funny and insightful essays, Roxane Gay takes us through the journey of her evolution as a woman (Sweet Valley High) of color (The Help) while also taking readers on a ride through culture of the last few years (Girls, Django in Chains) and commenting on the state of feminism today (abortion, Chris Brown). The portrait that emerges is not only one of an incredibly insightful woman continually growing to understand herself and our society, but also one of our culture.
Bad Feminist is a sharp, funny, and spot-on look at the ways in which the culture we consume becomes who we are, and an inspiring call-to-arms of all the ways we still need to do better.

This is a book that I feel like I need. I haven’t ever read a book of essays, but if I was ever going to start with one it would be this one. This book feels all around like it would be so empowering. I think out of all of the books listed here this would be the one I would start with.
Thank you all for reading!  I hope you enjoyed this post. Feminism is something that should continually be talked about and I’m glad to see so many lovely feminist books exist. As always, let me know your thoughts in the comments.

27 thoughts on “Feminist Books I want to Read ”