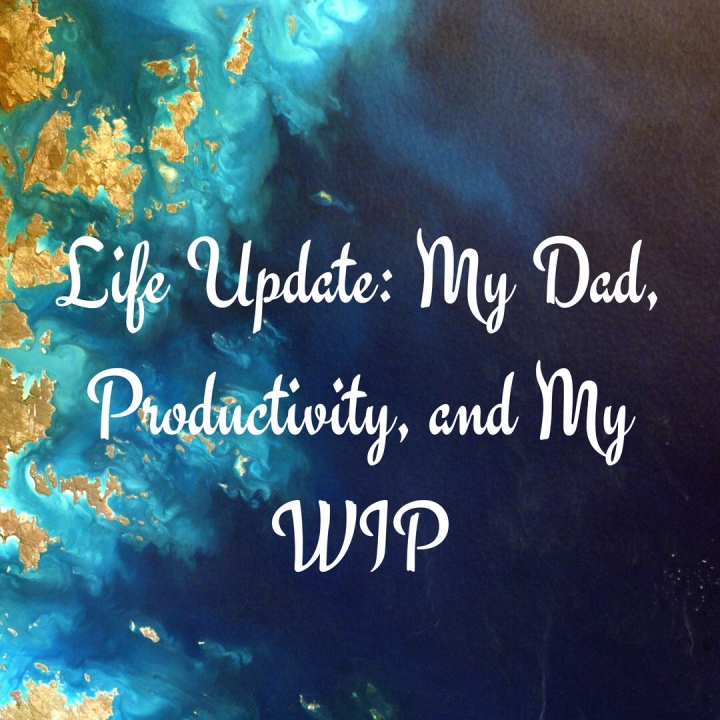 Hello everyone! It’s been a really intense couple of weeks as a lot of you know. For a while my dad was in the hospital for kidney failure and was lucky enough to have his kidneys saved.

Right now he’s home and recovering, but not out of the woods yet. We still have to fix the cause of the problem, but I don’t know when that will be. All I can say is that I am happy to have him home and to see him walking around. Although he isn’t eating as well as he should.

While he was in the hospital I still had to go to work as we couldn’t afford to loose the money for bills and food and now hospital expenses. It was hard for a while waking up at six am with my family so we could all head to the hospital to help my dad get set up for breakfast. At least having him home now all our sleep has been much better.

One day when I got off of work and my mom brought me home she told me that while she and my sister were at the hospital my dad was telling the nurses that I was a writer and how proud he was of me. He said how I was writing books and that one day I would write songs with him. Knowing that made me feel so many emotions.

My dad doesn’t like books. He has never been one to read. Every time I would show him books that I loved from my shelves he would push them away saying, “too many books!” And yet he was proud of me for working towards my writing. That meant the world.

Because of him I knew I had to stop wallowing and continue going strong with my writing so that I could one day have him see a book of mine published. Even if he didn’t end up reading it just the feeling that he cares would be enough to make me happy.

So since then I’ve worked hard to be productive. I have utilized my time to write not just for my WIP, but for poetry and this blog. Showing him that his love is the reason for the strength I have to keep moving forward is important to me. While my dad may not be my biological father he is the man that has given me the world. I love him so much.

On another note, my current WIP has caused me heartache and literal tears as the story changes on me with twists I didn’t even see coming. I love all my characters so much and even and maybe especially the “bad” ones. Finding my climax and my tentative ending was a surprise and my now 26,000 word manuscript is starting to shape up into the story it was meant to tell.

The original idea was this: a ya soulmate fantasy romance that showed soulmates that didn’t hate each other and treat each other terribly.

It is crazy to think that the story it is now is so much more then that. To the point that the romance itself is of very little importance in comparison to the sheer amount of conflict I force my characters to endure. I’m slowly working to create a book that I would consider to be a fantastic read and with the ideas I’m coming up with I’m thinking that that book is well and on the way.

The one thing I realized however is that the current manuscript as it stands is not really a first draft, but more of a zero draft. When I finally finish this zero draft, hopefully by the end of the month, the amount of overhauling and change I’m going to have to put this through makes it more of a ground zero. A decent center point to where I can form my more detailed and much stronger storyline.

This zero draft might not end up being all that long, but what’s important is all the major parts are in play. I am so happy that this WIP has changed so much. All I wanted to do was prove to myself that I could write a fantasy and what I got has turned out to have the potential to be a great fantasy. I believe in this story now more then ever!

37 thoughts on “Life Update: My Dad, Productivity, and My WIP”