Cover Rating: 6/10! It is a very strong cover! I like how dark it is and the composition of it. It really fits the story. It markets the book for what it is and I really appreciate that!

Received: Netgalley provided an e-arc in exchange for an honest review

“Psycho. Sick. Dangerous. Réal Dufresne’s reputation precedes him. When the mangled body of his best friend, Shaun, turns up in a field just east of town, tough-as-hell Réal blames himself. But except for the nightmares, all Ré remembers is beating the living crap out of Shaun the night of his death.

Shaun’s girlfriend, sixteen-year-old Evie Hawley, keeps her feelings locked up tight. But now she’s pregnant, and the father of her baby is dead. And when Réal looks to her to atone for his sins, everything goes sideways. Fast.

The tighter Evie and Réal get, the faster things seem to fall apart. And falling in love might just be the card that knocks the whole house down.”

Opening Sentence: “Réal hunched into his old jean jacket, running a cut lip between his teeth and not looking anyone in the eye.”

Black Chuck made me feel like I was back watching Until Dawn, but only in a whispering barely there sort of way. Black Chuck is a story all its own and there are times where gross darkness smashes against a bit of hopeful light.

The dark description. When Real dreams the gross description of him killing and eating his friend. I may not like to watch that stuff happen in movies (I could never bring myself to watch raw or saw (why the names are so similar.. I don’t know) but in a book I don’t mind it at all. I think that the way it was described was in a almost tasteful way it was unsettling, but not overtly Corey. (Why does talking about this make me uncomfortable?)

The idea. The wendigo are creatures that truly fascinate me. Using them in the way this author did was smart. It kept me interested in the story. All I wanted was to see Real transform with that demon taking over him. Seeing a little into what their minds might be like was really creative and cool.

Sunny. I liked this character because she may have been completely flowed and horrible as a person, but it comes from a place that is real and I appreciate that. A lot of her thinking made sense to me even if I didn’t agree with the decisions she made.

Grey morality. The morals in this book were skewed all over the place. In a lot of ways that only added to the atmosphere of the novel. It isn’t really about rooting for the characters more as watching them live and make decisions that they tell themselves is right even when it isn’t. It added to making me feel uncomfortable and I read horror exactly for that dreadful feeling it gives.

What I Wish Was Different:

Evie’s behavior while pregnant. I know that she was thinking of giving up the baby and that it wouldn’t matter what she did, but it made me cringe on the inside with some of the actions she took. I feel like it might have all been part of the horror, but I feel like it took away more then it added.

MAJOR SPOILER AHEAD YOU HAVE BEEN WARNED!!!!

The ending. This end was far too positive for my liking. I feel like a lot of what makes a good horror ending was absent. Real didn’t even eat his friend… it would have made a better story if at least someone had. It’s like all the build up and all the amazing horrific description was for naught, because in the end it didn’t matter. It was like giving me a tasty treat and saying sike as it dissolves into salt in my mouth. I just want my horror to give me horror. Let it end in the terrible darkness that began it. Don’t undue the story you have created by giving it an ending like this.

Black Chuck is a fun thrill ride. It turns stomachs and creates an atmosphere. It is a diverse horror that I wish lacked the punch I knew it could have given. 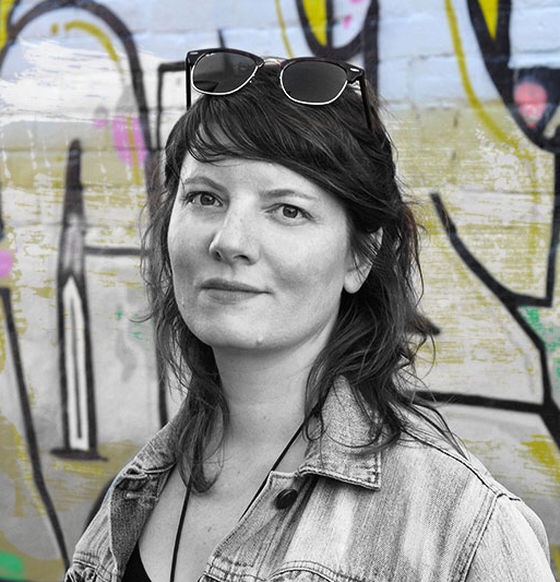 Regan studied poetry at the University of Victoria with Patrick Lane and Lorna Crozier, and then promptly put the pen down to pursue a career in textile and graphic design. Now the Creative Director at a Toronto-based marketing agency, Regan spends her days designing apparel for kids, and her nights writing fiction for teens. She has no pets or children, but she does have a bass player, and is auntie, oba, and tädi to four surprising, funny little humans.

She also leaves love letters on subways for strangers to find.

Thanks for reading! Let me know your thoughts down in the comments below!

6 thoughts on “Black Chuck: A Review”