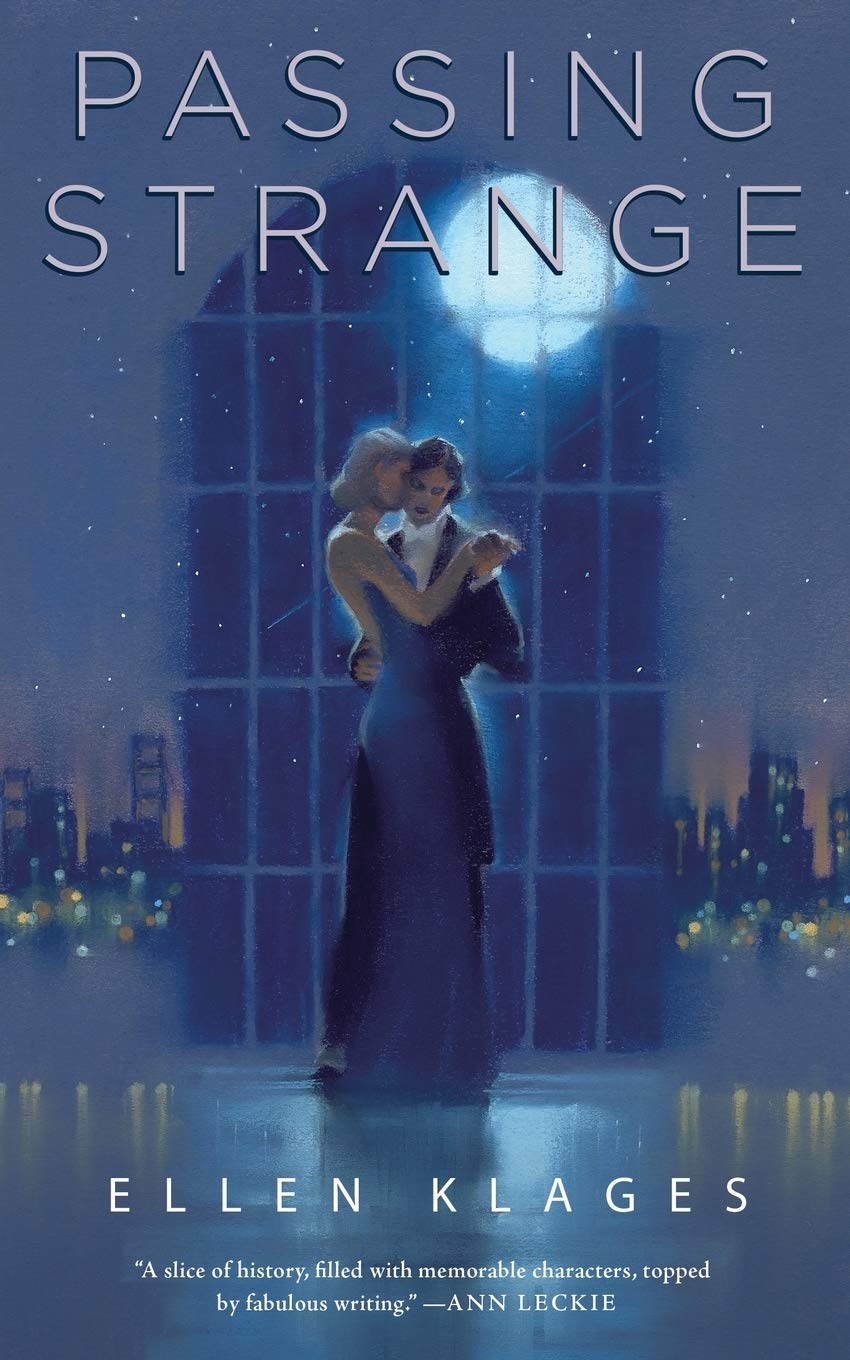 Cover Rating: 10/10 especially after finishing the novel this is the perfect cover for this book. It seamlessly ties into the story and it’s absolutely stunning!

Inspired by the pulps, film noir, and screwball comedy, Passing Strange is a story as unusual and complex as San Francisco itself from World Fantasy Award winning author Ellen Klages, and a finalist for the 2017 Nebula Award for Best Novella

San Francisco in 1940 is a haven for the unconventional. Tourists flock to the cities within the city: the Magic City of the World’s Fair on an island created of artifice and illusion; the forbidden city of Chinatown, a separate, alien world of exotic food and nightclubs that offer “authentic” experiences, straight from the pages of the pulps; and the twilight world of forbidden love, where outcasts from conventional society can meet.

Six women find their lives as tangled with each other’s as they are with the city they call home. They discover love and danger on the borders where magic, science, and art intersect.

Opening Sentence: “On the last Monday of her life, Helen Young returned from the doctor’s and made herself a cup of tea.”

Passing Strange is short, but quite beautiful. There was an elegance to it and I also learned a few things about the 1940’s. I would have loved to live in the world of it a little longer, but it was a perfect length for the story told.

The subtlety of magic. The magic in the book isn’t the most important thing. It’s a part of it, but deep down it’s a tool and nothing more. It’s unique and beautiful in its own way, but it isn’t what makes the novel and I love that!

What it is to be a woman who loves a woman in the 1940’s. I don’t know much about lgbt history. It’s not really taught in school or anything you have to look for it. I love the historical elements in this book. Women in a club entertaining as men. A small safe place for women to be themselves in a society that would never accept them. That regardless of time the lgbt community is as large as it always was. Not a phase. Not a trend. Something that always was and always will be.

Helen Young. Helen is a woman who is dying. She has one last task and at the beginning the reader doesn’t know exactly what that is. She is a witty woman and an all around interesting character and I liked her immediately.

Haskel. Haskel is an incredible pastel artist that gets paid to create horror pulp covers. Yeah those old ones with a very scantily clad women as the focal of it. She’s talented and full of surprises. She is also bisexual and has a husband who she never sees because he couldn’t take that she made more money then him and supported herself (which causes him to go into debt).

Emily. Emily is Haskel’s love interest and confidant. A singer at one of those safe clubs for women who perform as men. She performs as Spike and everyone loves her. Her attraction to Haskel is immediate and I loved their banter and ease with each other.

This 1940’s snapshot of women’s friendships, relationships, and deep love is a story I will forever keep close to my heart. It was beautifully written and well researched. I loved every second of it! 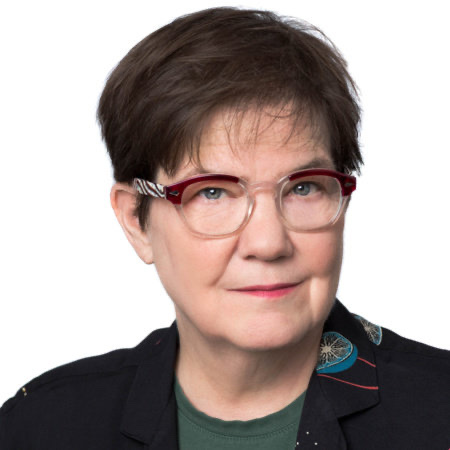 Ellen Klages was born in Ohio, but has lived in San Francisco for more than forty years. Her first novel, The Green Glass Sea (2006), won the Scott O’Dell Award for Historical Fiction, the Lopez Award for Children’s Literature, and the New Mexico State Book Award for Young Adult Literature. It was a finalist for the Northern California Book Award, the Quills Award, and the Locus Award. A sequel, White Sands, Red Menace (2008), won the California and New Mexico Book awards in the Young Adult category.

Her novelette, “Basement Magic,” won the Nebula Award in 2005, and her novella, “Wakulla Springs,” (co-authored with Andy Duncan) was a finalist for the Hugo and Nebula awards and won the World Fantasy Award in 2014. Many of her other stories have been on the final ballots for numerous awards, and have been translated into Chinese, Czech, French, German, Hungarian, Japanese, Polish, and Swedish. The first  collection of her short fiction, Portable Childhoods (2007), was a finalist for the World Fantasy Award.

In addition to her writing, she is a graduate of the Second City Conservatory, the Clarion South Workshop, and served for twenty years on the Motherboard of the James Tiptree, Jr. Literary Award. She lives in a small house full of strange and wondrous things: lead civilians, odd toys, postcards, and other bits of whimsy that strike her fancy.

Thank you all for reading! Let me know your thoughts down in the comments below!

If your interested in a personalized poem about whatever you’d like check out my Etsy listing here.

6 thoughts on “Passing Strange: A Review”